The League Among All Leagues

Our client, The League Against Cancer, came to us with a problem. last years lockdown put them almost on bankruptcy. They needed exposure and everyone to talk about their National Fundraising which was going to be fully digital since they can\'t go out to the streets. We realized a similarity, there are many LEAGUES in the world with a lot of attention, The champions League, the NFL, the MLB, the Premiere League as well as many others, and we are also a League... the League Against Cancer. So, we did what happens in any league, we convinced a famous football player to place a story claiming that he was about to change to a new LEAGUE in Perú. After the media talked about it, he told everyone that he was going to play for the LEAGUE Against Cancer. Influencers joined, made their teams and got volunteers as well as donations as a way to play here. Making us a trending topic, inviting everyone to join the league and achieving outstanding results with just one story. One story got over 6 Billion Impressions One Story Triple our donations (+330%) One Story got a historic record of volunteers (+427%) One Story made The League Against Cancer, the trending League in the country. 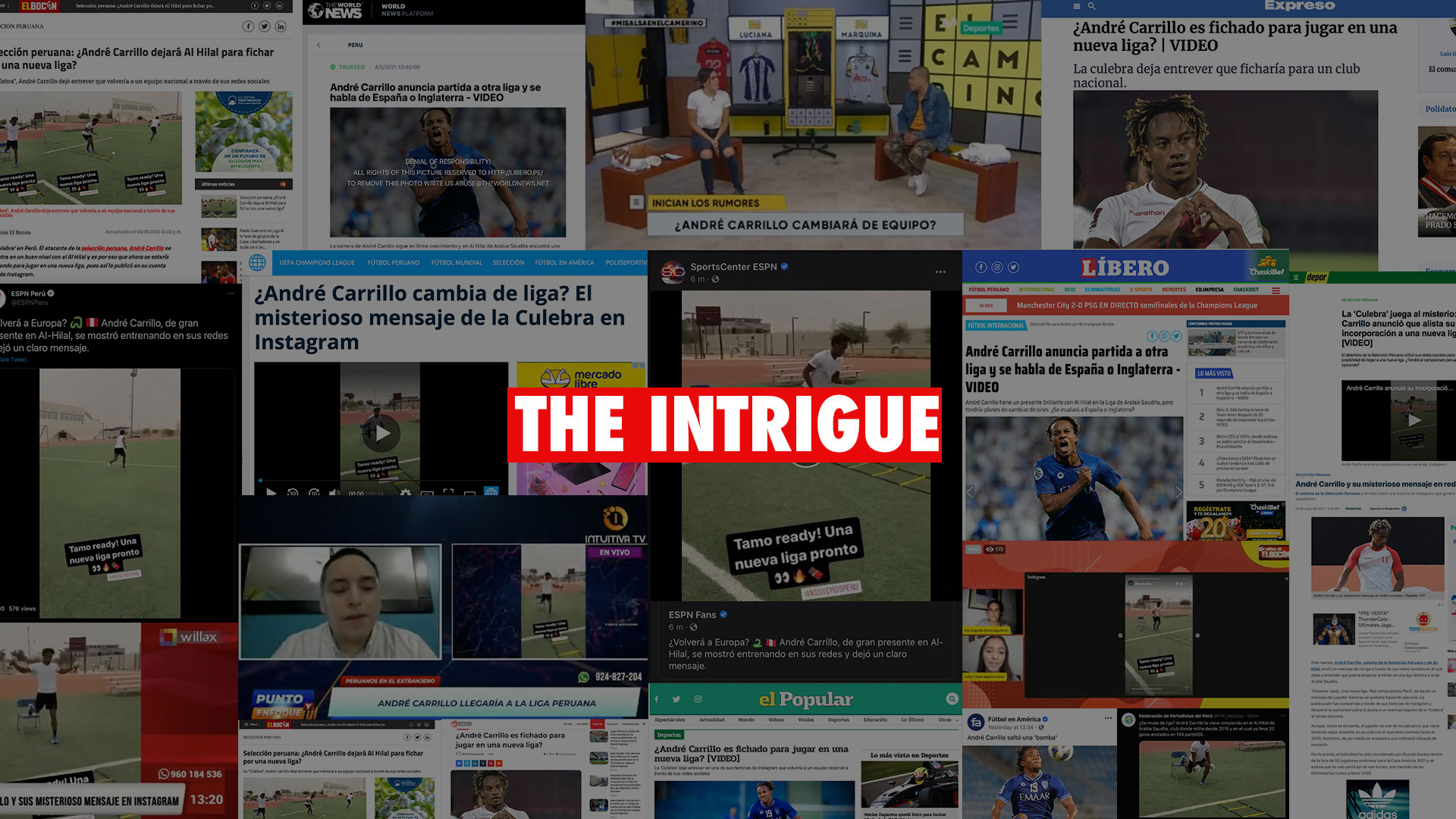 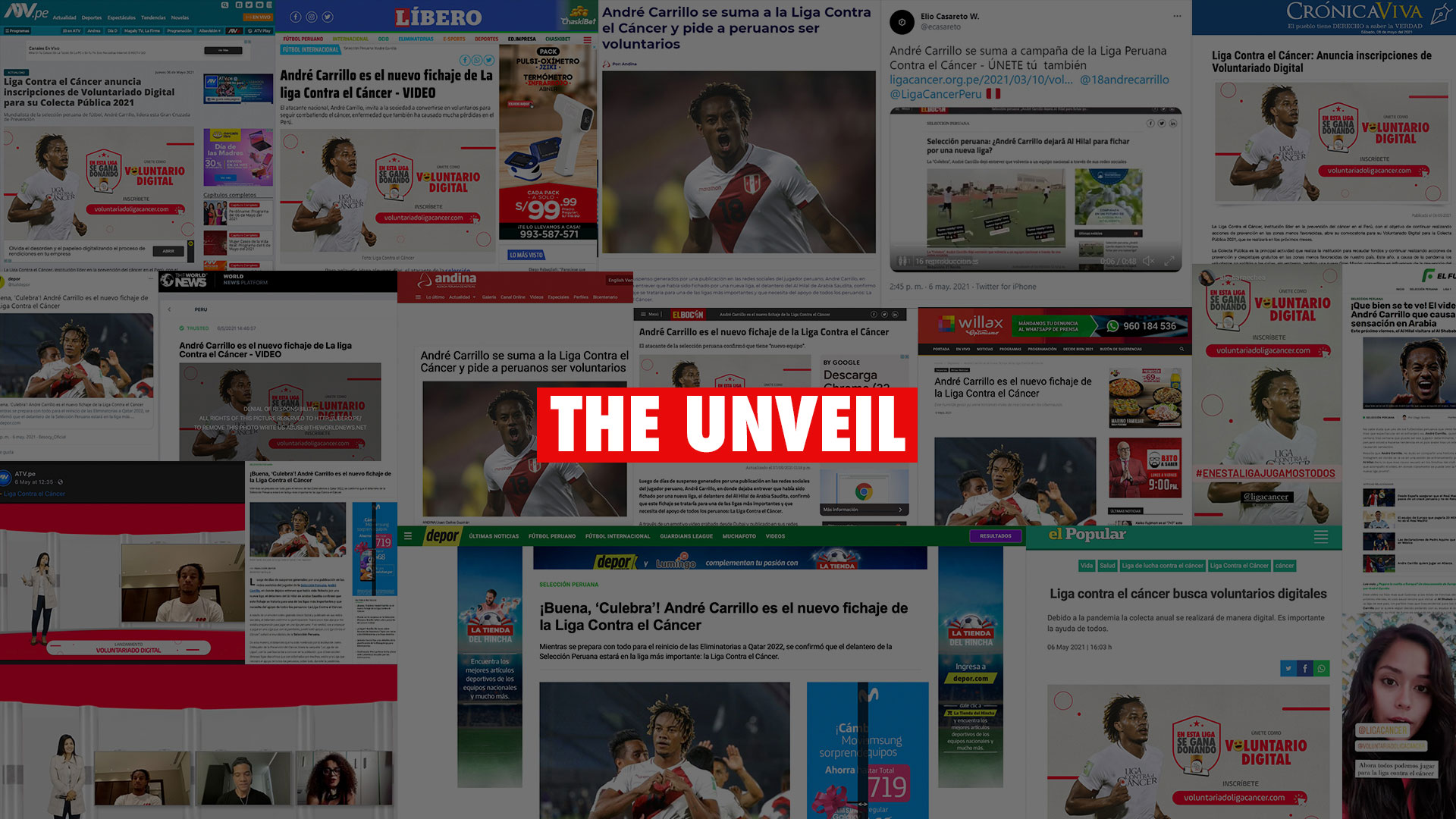 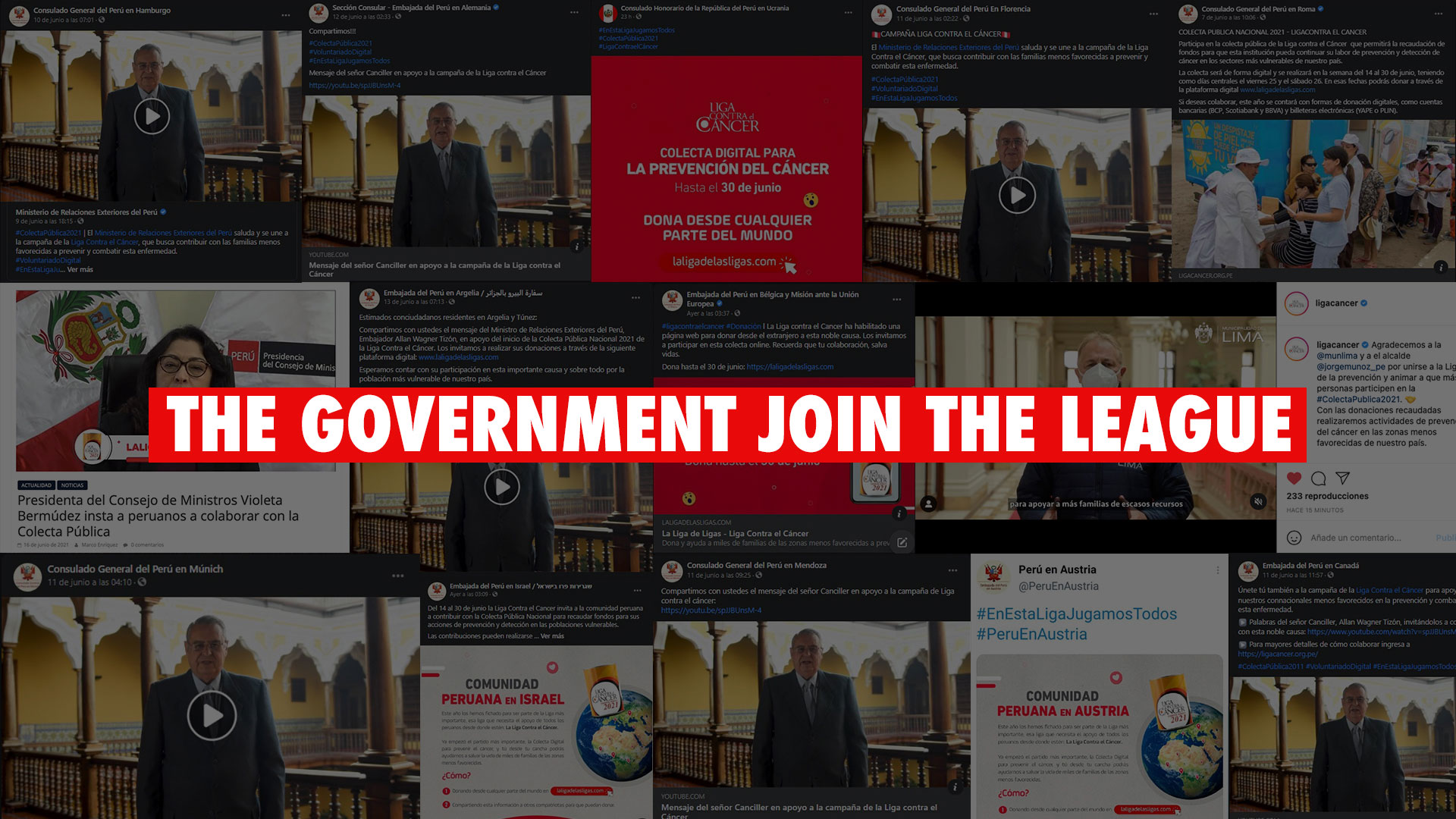 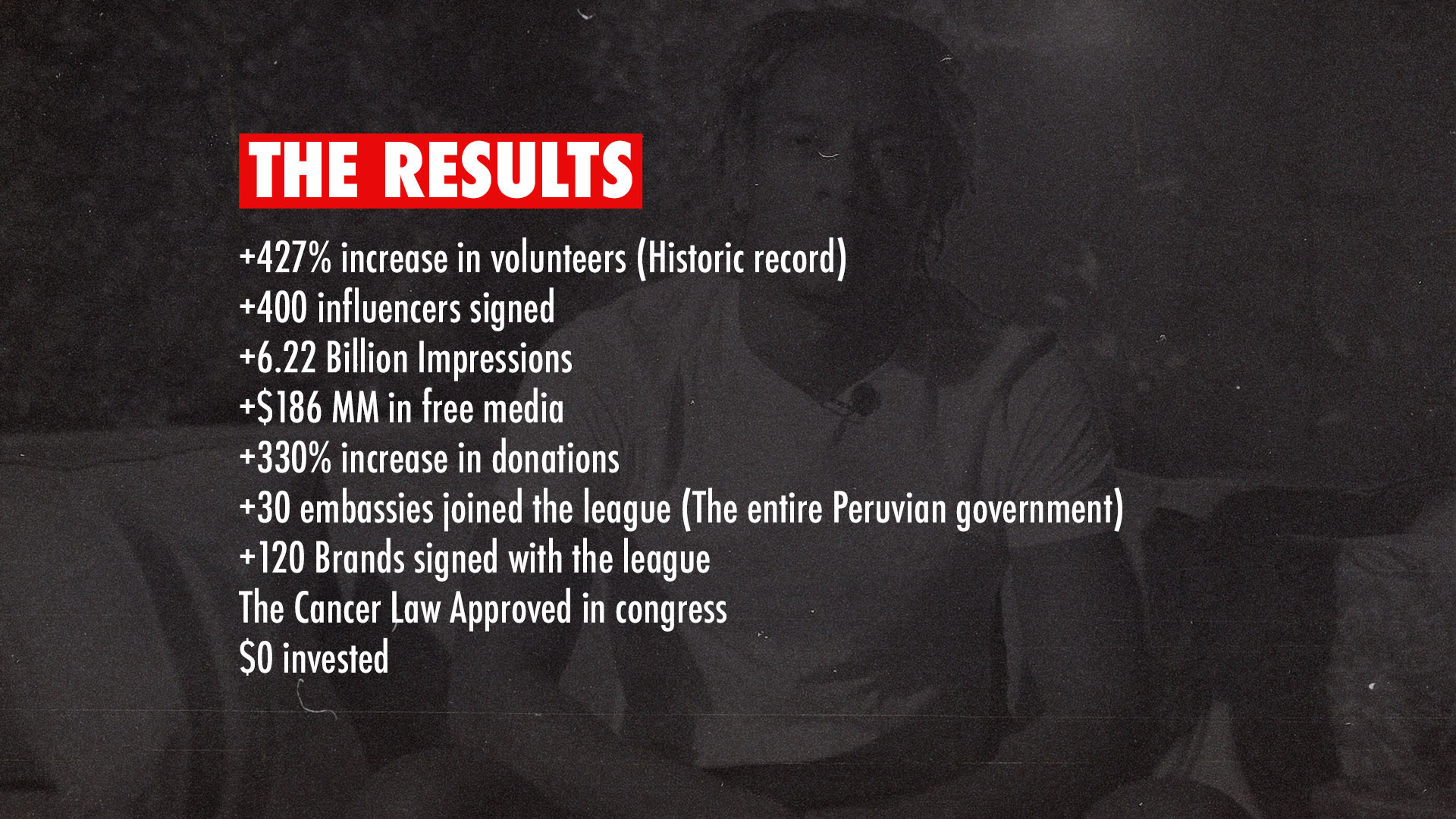 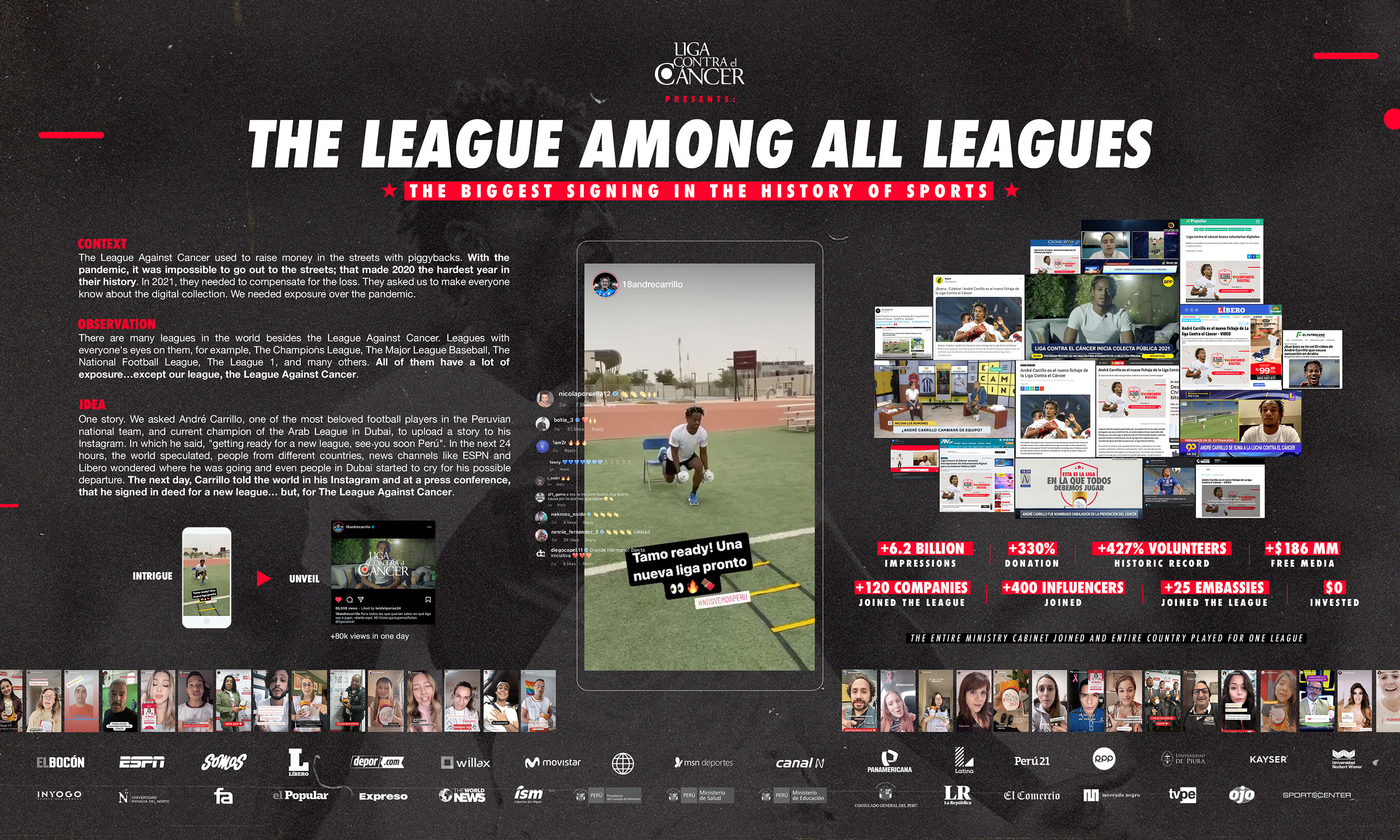 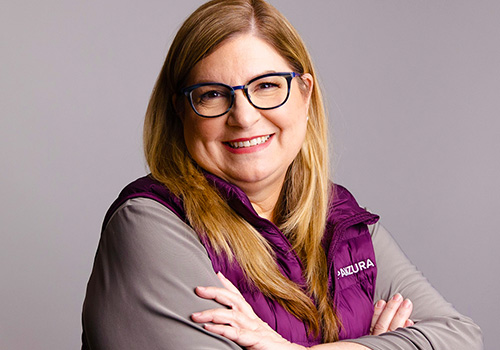 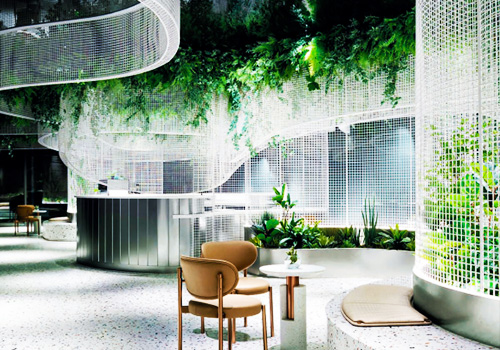 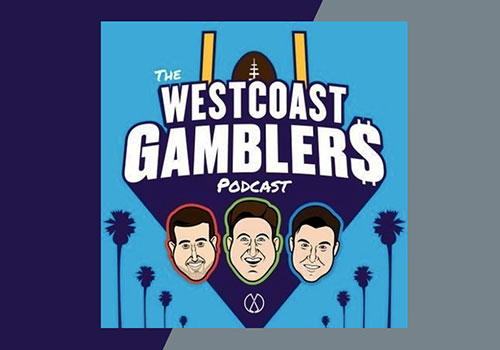 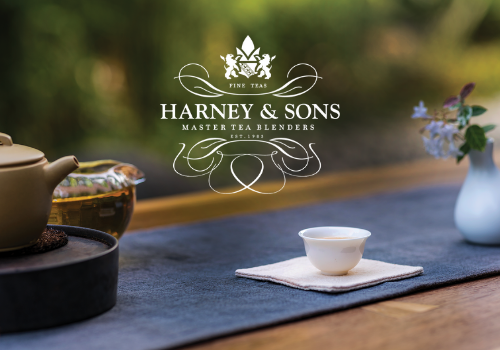